Ukategorisert
21. January 2023025
Open Letter of the Chairperson of the African Union: Impose sanction of Rwanda and Uganda for using refugees in politics and military activities 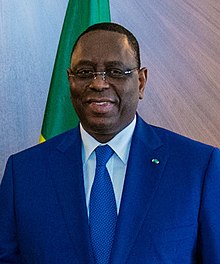 The collective of Youth Organizations for Solidarity in the Democratic Republic of Congo known as COJESKI/DRC humbly comes to you to implore your particular attention on the situation of Refugees in Uganda, Rwanda and DRCongo, who are used as political tools and as military reserves.
Kindly find our letter on the attachment, click here ” COJESKI LETTER TO THE AFRICAN AGAINST PAUL KAGAME
Yours sincerely
Kulihoshi Musikami Pecos

The Chairperson of the African Union Human Rights Commission,

The General Secretary of the International Conference for the Great Lakes Conference, Bujumbura, Burundi,

The General Secretary of the United Nations

The Head of MONUSCO

The Chairperson of the East African Community

The Head of UNHCR,

Re: Open letter: We urge the African Union to impose sanctions against Rwanda and Uganda for making refugees as political tools and turning refugees into military serves to create wars in the Democratic Republic of Congo.

The African Union Refugee Convention of 1969, Article 2 elaborates clearly how best African States should respond to issues of refugees in their respective countries, as we quote “

On one hand since 1994 up to now Rwandan Refugees in the Democratic Republic of Congo have been at the center of all sorts of political and military manipulations by Rwanda either to justify the aggression against DRC or to create the pretext for Rwanda Military interventions in DRC that have existed over the years by supporting different armed groups. And on the other hand using Congolese refugees in Rwanda and Uganda in various military operations in Eastern DRCongo as a tool for political bargaining with DRCongo. Since 1996 up to now Congolese refugees in both Uganda and Rwanda have paid the heavy price of such military operations, whereby the very recent one is the current M23 operating in North Kivu, at the same time Rwanda is using the Congolese Refugees in Rwanda in order to advance political agenda and push for better political deals.

“It may be important to remind you dear chairperson that refugees are not neither political actors nor military reserve forces, refugees are victims in search for protection”.

Since October 2022 we observed various worrying actions by some actors among them, the UNHCR visit to what is said to be Congolese Refugee Camps in Rwanda, the demonstrations of those who claim to be Congolese Refugees in Rwanda that took place in December 2022, and the recent statement from Rwandan President Paul Kagame indicating that Rwanda will not continue receiving and hosting Congolese refugees if the International Community continues to blame Rwanda as indicated by the media and press among them Radio France International on Monday January 9th, 2023.

Since 1994 Rwanda has argued about the presence of Genocidaires, Interahamwe, FDRL in DRCongo which were at the basis of military interventions in eastern DRCongo, that has culminated to more than 10million of Congolese killed, more than 3million Congolese forced to exile according to UNHCR statistics, and more than 6 million Congolese in Internally Displaced Camps as indicated the United Nations,  while up to now we do not have yet clear information about the fate of millions of Rwandan refugees in DRCongo since 1996 up to now. Yet it is now time to help us to know what happened to each Rwandan refugee, why it happened and why should all Rwandan Refugees in DRC be considered as armed groups against Rwanda or genocidaires.

We estimate Rwandan Refugees in DRCongo to about 4 million people living generally in the former 11 Provinces, they lost protection since 1996 up to now and it is not clear what the DRCongo Government, the African Union and the United Nations plan as lasting solutions towards these refugees, it is not also clear why these Rwandan refugees were compelled to lose protection including the refugee status, and how the loss of that protection favors the well-being of Rwandan Refugees and responds to “ humanitarian act” as recommends the African Union Refugee Convention. We remain puzzled about the interests of each party in the this situation where Rwandan Refugees lost protection in DRCongo, as it does not benefit the Congolese people at all, rather has exposed us to all forms of abuses. On contrary Congolese people deserve rewards and appreciations from the African Union and the United Nations for hosting refugees and other forms of support to improve the living conditions of those refugees.

Even if some actors may strongly argue that Rwandan refugees in the great Kivu (North Kivu, South Kivu and Maniema) are highly associated to Rwandan Armed groups, it may not be the same for Rwandan refugees in the Great Equateur Province, Orientale Province, Shaba and Kinshasa who also despite of being innocent and not a threat to Rwanda and to no body have been left over the years without protection.

Since last year 2022 we also observed some reactions from various actors among them the European Union, the USA and other Diplomatic Missions in the Democratic Republic of Congo calling upon the DRC Army to stop working with FDLR and other genocidaires as it has been claimed by Rwanda. However since 1996 up to now, we continue being concerned about the deliberate silence of the African Union, and the entire International Community towards the effective protection of Rwandan Refugees on the DRC Territory. Over the years, we observed that some Rwandan refugees are easily either manipulated or compelled to join armed groups when there are threats of Rwanda Military operations in DRCongo as it is being perceived now. It is also important to share with you dear chairperson that Rwandan Refugees in DRCongo are a diversity and often do join armed groups both those against Rwanda and those supported by Rwanda as it is observed currently in North Kivu where both M23 and FDLR are recruiting among Rwandan Refugee population while others are mere innocent civilians abused alongside Congolese host communities.

It may not be logical and it may not make sense to argue over the years that all Rwandan Refugees in DRCongo are a threat to Rwanda, and participated in the Genocide, the Rwanda Refugee Civilians need your urgent attention and should not be alienated to criminality especially those who are innocent among them those who were below 10 years before the genocide and those who were born in DRCongo. Over the years Rwanda has never said anything about the need to protect Rwandan Refugees living in DRCongo and to dissociate them from Rwanda Military Operations in DRCongo, but has put more attention on Congolese Rwandophone population which categorically excludes refugees who are not Congolese Rwandophone.

Since 1996 up to now Congolese Refugees in Uganda and in Rwanda have been used as a military serve in order to destabilize DRCongo, the latest is the currently M23 operating in Eastern Congo, yet refugees are victims who should enjoy the protection of the host states in cooperation with the United Nations and other actors including the African Union. Surprisingly when this is done both the African Union and the United Nations which have clear guiding policies of now states should handle refugee issues, opted to keep silence and in some times accused of supporting directly or indirectly the militarization of refugees.

Beside what we continue being told especially from Rwanda, and some Diplomatic Missions about FDLR operating in eastern DRCongo, we observe that little has been said about various FDLR groups created and backed by Rwanda in DRCongo, and the presence of various FDLR fighters working together with M23 currently, but also the military recruitment among Rwandan refugees in DRCongo in order to join M23.

Reaffirming our strong convictions that there are better legal and humanitarian solutions to solve once for all the problems among these countries basing of the effective protection of refugees in the Great Lakes Region in the line with the African Union Convention on Refugees Article 2, we therefore come to you for the above:

Calling upon the African Union to engage Rwandan Government on the necessity to end completely the manipulation of refugees for political and military motives in DRCongo,

Calling upon the African Union to engage DRCongo, Rwanda and the United Nations on the urgent need to ensure the effective protection of Rwandan Refugees in DRC, and change the language in which they have all been considered as Interahamwe, Genocidaires and FDLR,

Calling upon the African Union to engage the United Nations to acknowledge the failure to ensure the effective protection of Congolese refugees in the Uganda, Rwanda, Burundi and DRCongo which has created severe security problems as it is observed currently with the war by M23,

Calling upon the African Union to engage Uganda and Rwanda to put to the end the militarization and the politicization of refugees in order to destabilize DRCongo, engage the United Nations to impose sanctions against Rwanda and Uganda for serious violations of refugee rights, and terminate the refugee status for those who are involved in political and military activities against another state,

Calling upon the African Union to engage the United Nations and Member states to ensure that the effective protection of refugees are incorporated in their bilateral diplomatic agenda in Uganda, Rwanda and DRCongo, and strongly support the work of Civil Society Organizations advocating to the observance of refugee rights in the region,

Calling upon the African Union to ensure that all should done for MONUSCO, and the East African Community forces to make the effective protection of refugees in DRCongo as part their priority,

Calling upon the African Union to support the Democratic Republic of Congo to lobby to the United Nations in order to get all necessary Relief Aid support which may favor concrete actions for effective protection of refugees in DRCongo especially Rwandan refugees,

Calling upon the African Union to use all her diplomatic influence to lobby for the freezing of humanitarian aid to Uganda and Rwanda which is at the center of creating refugees in DRCongo,

Read in your language

We are a project of the Collective of Youth Organizations for Solidarity in DRCONGO, known as COJESKI RDC, Coordination of North Kivu, working on refugees right

Today after so far the situation on the Frontline in North Kivu was calm and no fighting was reported. However there was movement of people towards South Kivu and Goma.

The restoration of peace and security in Eastern DRC is a win for the region & development.